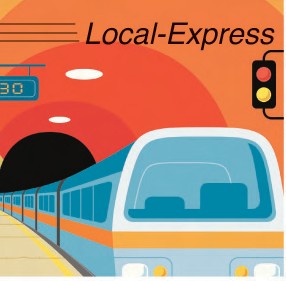 Angel Gil Orrios has been the artistic/executive director of Thalia Spanish Theatre since 2000, and is currently in rehearsals for the Thalia’s new show, Drag QUEENS Show, an “LGBT musical.” It opens on Friday, October 12 and runs until November 4. The Thalia Spanish Theatre is located at 41-17 Greenpoint Ave., Sunnyside (www.thaliatheatre.org; 718-729- 3880).

In over 40 years he has produced, designed and directed more than 130 productions in Spain, the US, and France, which have met with international acclaim and have won him numerous awards.

Gil Orrios directed and designed his innovative Flamencoinspired production of Bizet’s Carmen for the prestigious Knoxville Opera at the historic Tennessee Theatre in 2007.

At Thalia Spanish Theatre he has produced and directed the bilingual world premieres of Muñoz de Mesa’s Abuse and Maestro Jaurena’s Tango 5 Senses in 2015 and many more productions, winning multiple HOLA and ACE awards; and in 2005 the world premiere of Maestro Raul Jaurena’s I Love Tango/Te Amo Tango, which was recorded live at Thalia, winning the 2007 Latin Grammy For Best Tango Album; to name only a small sample. 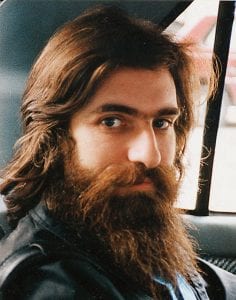 Gil Orrios has been honored with the New York 2009 Mayor’s Award For Arts & Culture and the Hispanic Leadership Award from NYC Council Member Jimmy Van Bramer, chair of the Committee on Cultural Affairs, Libraries and International Intergroup Relations. In 2015 he received the “Sunnysider of the Year” award by the Sunnyside Chamber of Commerce and Sunnyside Artists, as well as proclamations and citations by the NYC Council, the NYS Assembly, the NYS Senate and the US Congress, and countless other major awards.

Gil Orrios is a director, producer, designer, writer, and teacher. He has an MFA in Directing with “Premio Extraordinario” from the School of Dramatic Arts in his native Zaragoza, Spain. In 1979 a grant from the US-Spain Joint Committee for Cultural Affairs enabled him to research Broadway musicals in New York, where he has remained ever since.

QG: When did you first become involved in theater? And dance?

AGO: I started in Spain, when I was 7 years old, as a child actor. I loved the stage so much right away that, when I was 16 years old, I studied directing and started immediately directing my first productions onstage and film. I was considered at the time an “enfant terrible” (laughs).

QG: How do you have the time to be so productive? It seems with so many achievements your work must also be your play. Is that correct, or do you have other hobbies?

AGO: I certainly LOVE what I do. I definitely was a very lucky person to be able to find out my passion so early in my life. You’re right. That’s why work and hobby are the same in my case. I truly treasure the arts at heart.

QG: Do you prefer comedy or drama?

AGO: Actually I prefer musicals. That’s why I came to New York 39 years ago. I got a grant from the US government in 1979 to come to finish my third year of research on Broadway musicals in order to learn how to create a “Hispanic musical” in the style of the American musicals. I liked very much what I found, and I have remained here ever since. I have been able to do in my career so far more than 130 productions, and most of them were musicals. I should say world premiere musicals, because I don’t do the same things that other people do. I like to take risks and promote new talent and new work. That’s what I have been doing all my life.

QG: Is there any genre or other art form you’d one day like to practice?

AGO: I’m also a screenwriter and film director. I have been so busy producing/directing theater that on film I only directed three short films. My future plans are to direct full feature films. I love epics.

QG: What are your favorite places in Queens to eat? And to visit?

AGO: There are many very good Hispanic restaurants in Sunnyside, where I go all the time with my family. I also love to go to the Long Island City waterfront facing the Manhattan skyline at sunset followed by the lighted/starry night.

QG: Are your children involved in theater, dance, or any other arts?

AGO: My two kids love the arts. My son started high school this year and is studying film and photography. That’s his passion.

My daughter loves dance and has been studying ballet since she was 5 years old. She is now preparing her auditions so she can enter high school next year into a specialized dance program.

This column was originated in July, 2013 by Nicollette Barsamian.